The Shape Agency was established to help organisations with a social interest objective achieve their communications goals. By helping you shape the public debate and stakeholder perceptions, we create the space for change and enable you to achieve your objectives.

We involve our clients in the creative and strategic process, drawing together a sharp analysis of the policy and political environment with a tested and highly strategic communications approach to affect change in the most complex parts of the economy.

At Shape, we believe in an evidence-based approach to communications. We study your audience in depth to understand their motivations and drivers.

Armed with this research, we will design a strategy to shape the perception of your issues and achieve your communications goals.

We provide services across organisational strategy; execution of communications tactics and media; and evaluation & improvement. 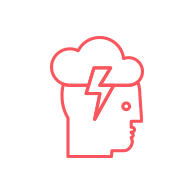 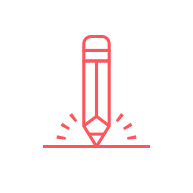 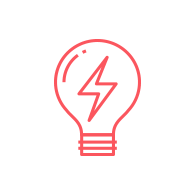 With short timeframes, we created an integrated digital and traditional media campaign which generated more than 100,000 engagements in four weeks and multiple hits in the Herald-Sun and mainstream broadcast media.

By using traditional and new media, our strategy steadily intensified pressure on political players, culminating with Opposition Leader Matthew Guy committing to leave the legislation untouched during the final week of the campaign. 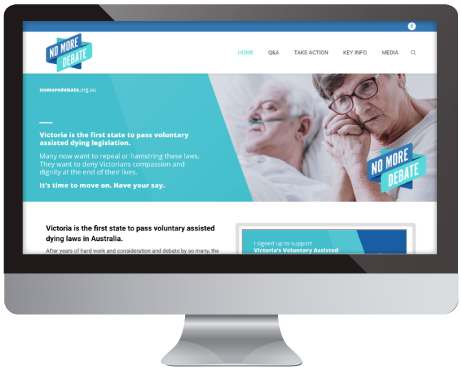 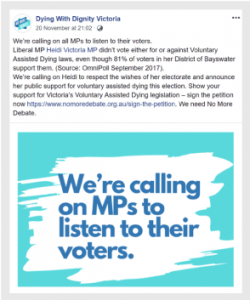 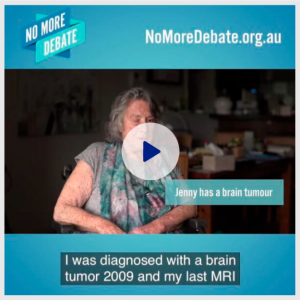 We are proud we’ve helped lift the standing of the engineering profession in Australia. Working with Professionals Australia, the Shape Agency has helped convince multiple state governments to implement a mandatory, statutory registration scheme for engineers.

Registration provides a critical oversight mechanism to maintain professionalism, competent practice and ethical conduct in the engineering sector, but most importantly acts to protect the safety of workers and the community.

By creating a national engineering campaign – Engineering a Better Future – we have strengthened recognition and respect for the profession and influenced specific workplace reforms and government policy.

Utilising digital tools such as Facebook and email, we drove engagement with a website that encouraged engineers to get involved with the campaign and help push the message both in the broader community and by specifically targeting policy makers.

Victoria has already put legislation in the parliament for a scheme which will come into effect this year. The ACT has also indicted they will establish a registration scheme, mirroring the long-established system in Queensland.

The campaign also successfully pushed for the creation of Chief Engineers, with four jurisdictions adopting the position.

While continuing to push for statutory registration, Professional Australia also engaged the Shape Agency to develop its own accredited registration scheme, RPEng, which has seen thousands of engineers sign up as members. 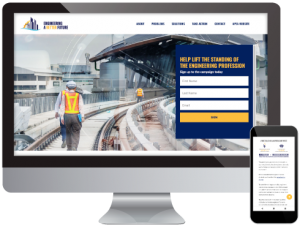 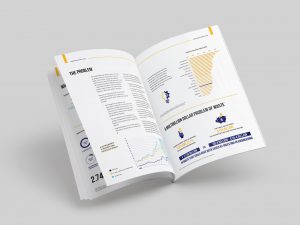 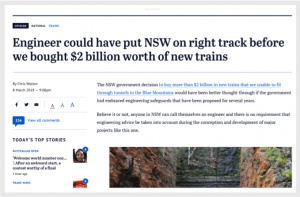 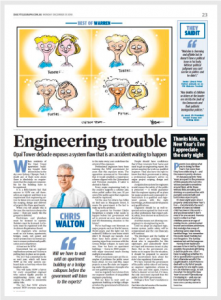 Social enterprises are businesses that trade to tackle social problems, improve communities, provide access to employment and training, or help the environment. Guided by their mission, they reinvest the majority of their profit/surplus for a broader community benefit.

Social enterprises represent an important and growing sector which help improve social equity while easing the burden on government services. There are currently more than 3500 social enterprises trading across Victoria, employing an estimated 60,000 people and contributing more than $5.2 billion to the state’s economy.

The process involved liaising with government agencies, myriad stakeholders, policy coordination and extensive drafting.  The policy had a long incubation period, and we were called in to bring it home in a tight timeframe.

Adopted by the Victorian government and launched in 2017, the strategy continues to be rolled out today and has been widely hailed by the state and national social enterprise sector. 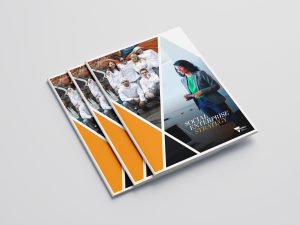 It’s an alarming statistic – construction workers in Victoria have the highest suicide rate of any workforce, with roughly one death reported every month.

Industry redundancy fund Incolink turned to The Shape Agency to help raise awareness of this vital issue and save lives.

Together we devised the Bluehats suicide prevention initiative, helping workers experiencing who might be experiencing suicidal thoughts by creating a culture of talking about the issue and an army of trained “Bluehats” available onsite to offer a sympathetic ear and support workers.

The Shape Agency carried out market research to ensure the communications strategy and campaign design was based on a clear understanding of our audience. We then produce a multifaceted campaign including branding, targeted advertising, on-site brand activation and media relations.

We managed a successful campaign launch which garnered widespread print, television and radio coverage. Better yet, our client reports that the Bluehats are already making a real difference to workers’ lives on-site. 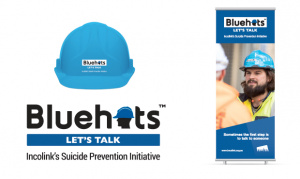 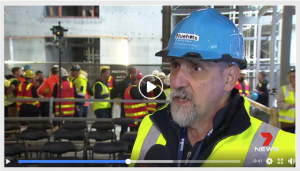 Obesity is one of the greatest health challenges facing Australia, growing at an alarming rate over the past decade despite improving awareness about the health impacts.

When the Obesity Collective – an alliance of more than 100 research, corporate and advocacy organisations – came together to rouse action on the issue, they turned to The Shape Agency to deliver their message.

We developed a campaign strategy to raise the profile of the issue in the Federal Election, kickstarting with a new report Weighing In: Australia’s growing obesity epidemic which outlined the scale of the problem.

The report received broad coverage, including front page of the Fairfax/Nine papers, and generated over 500 news items across TV, radio and online.

This public focus on obesity formed the context for the Collective’s policy submission to government, which was also written, branded and designed by The Shape Agency.

We continue to work with the Obesity Collective to drive meaningful action on this pressing issue. 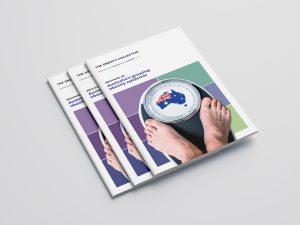 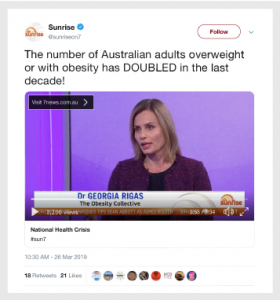 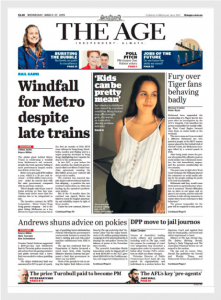 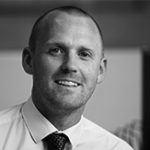 Tim O’Halloran is the founding Director of The Shape Agency.

Tim is a highly skilled and experienced communications strategist with 15 years’ experience advising senior government ministers, and organisations on how to achieve their strategic goals.

His background includes 10 years working as a senior communications adviser and Chief of Staff to senior government ministers, at state and federal level, in both economic and social policy portfolios.

Connect with Tim on LinkedIn 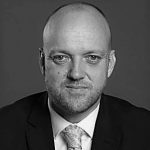 Erik Locke is a consultant for The Shape Agency.

Erik is a public affairs and public relations professional with more than twenty years of experience at the senior levels of politics, communications, policy development and advocacy.

He has worked as an official and Chief of Staff in three jurisdictions and held senior management positions in public relations, public affairs and in the union movement.

Erik is a respected strategist, practitioner and leader with more than 22 campaigns under his belt, using the best of modern and traditional tactics to deliver campaigns that win for clients.

Connect with Erik on LinkedIn 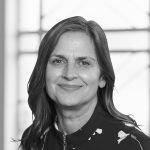 Nicola Hepenstall is a consultant for The Shape Agency.

Nicola has over 25 years’ experience in evidence-based consulting.  She brings extensive knowledge of research, communications and marketing theory and practice, as well as expertise in identifying the metrics to drive business outcomes.

She has consulted to many of Australia’s largest companies and State and Federal Government departments helping them navigate the complexity of the communications environment and develop strategies to enhance business and social outcomes.

A recognised thought leader, Nicola is a regular panellist at the Mumbrella 360 conference, where she has explored the role of purpose in driving business outcomes (2016), the rise of brands that shape culture (2017) and the power of experience design in a content saturated communications environment (2018).

Her contribution has been recognised by her peers having been awarded the Australian Marketing Institute’s Certified Practicing Marketer of the Year 2018.​

Connect with Nicola on LinkedIn 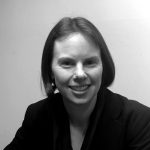 Pia Akerman is a consultant for The Shape Agency.

Pia is a media relations specialist, with more than a decade of experience working at the heart of Australia’s media industry.

As an award-winning journalist for a major national newspaper, Pia covered a diverse range of areas including state and federal politics, breaking news and legal affairs.

She now brings her skills and in-depth knowledge of the Australian media landscape to help our clients shape their message, design a successful communications strategy and achieve positive coverage. 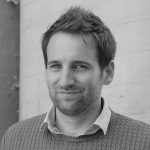 Phil Bourne is a consultant for The Shape Agency.

Phil is a digital engagement expert with over 10 years of experience working across the media, education, energy and not for profit sectors.

He has directed award-winning content including a video series for one of Australia’s largest universities and established the digital presence from scratch for a leading energy consumer advocacy organisation.

Phil’s talent as a full-service video storyteller bolsters his ability to deliver communications strategy creatively, leaving a lasting impression on clients and audiences.

Connect with Phil on LinkedIn 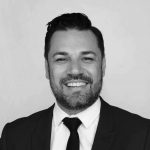 Darren R Rodrigo is a consultant for The Shape Agency.

Darren has an extensive background as a political, campaign and PR adviser, who has worked at the highest levels of politics and conducted successful election campaigns at both State and Federal level.

As a communications and public affairs consultant, Darren has undertaken media management and delivered successful campaigns for some of Australia’s largest and most high-profile community organisations and business groups.

At the Shape Agency Darren specialises in high stakes media management, creating and delivering campaigns that win and helping clients engage with government in most effective manner possible. 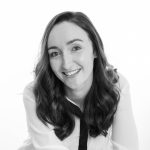 Fiona Pinney is a graphic designer for The Shape Agency.

Fiona is a graphic designer with over 13 years of experience working with small to medium enterprises and not for profit organisations with a social interest purpose.

Her background includes working as a senior designer and account manager, and also working for a Sydney-based design agency as a production coordinator, where she was responsible for a team of 10 staff across print procurement, fulfilment and logistics for national and LSM promotional campaigns.

Fiona has worked on a range of issues-based campaigns and strategic communications efforts with a design focus, developing websites, social media content and collateral.